Legal pot takes a bite out of beer consumption in Canada

That appeared to be the trend among Canadians in the first full year of legal cannabis, when beer volumes fell by three per cent through November, according to data from Beer Canada.

“This is far worse than the trends seen between 2014-2018, where beer industry volumes fell an average 0.3 per cent,” and appears to be related to Canada’s legalization of pot in late 2018, said Cowen analyst Vivien Azer.

There’s some debate about how much impact marijuana legalization has on alcohol consumption, although surveys of pot users indicate that they tend to drink less when they’re high. Declining sales have led to several alcohol-cannabis partnerships, including Constellation Brands Inc.’s investment in Canopy Growth Corp., Anheuser-Busch InBev NV’s joint venture with Tilray Inc. and Molson Coors Brewing Co.’s partnership with Hexo Corp. 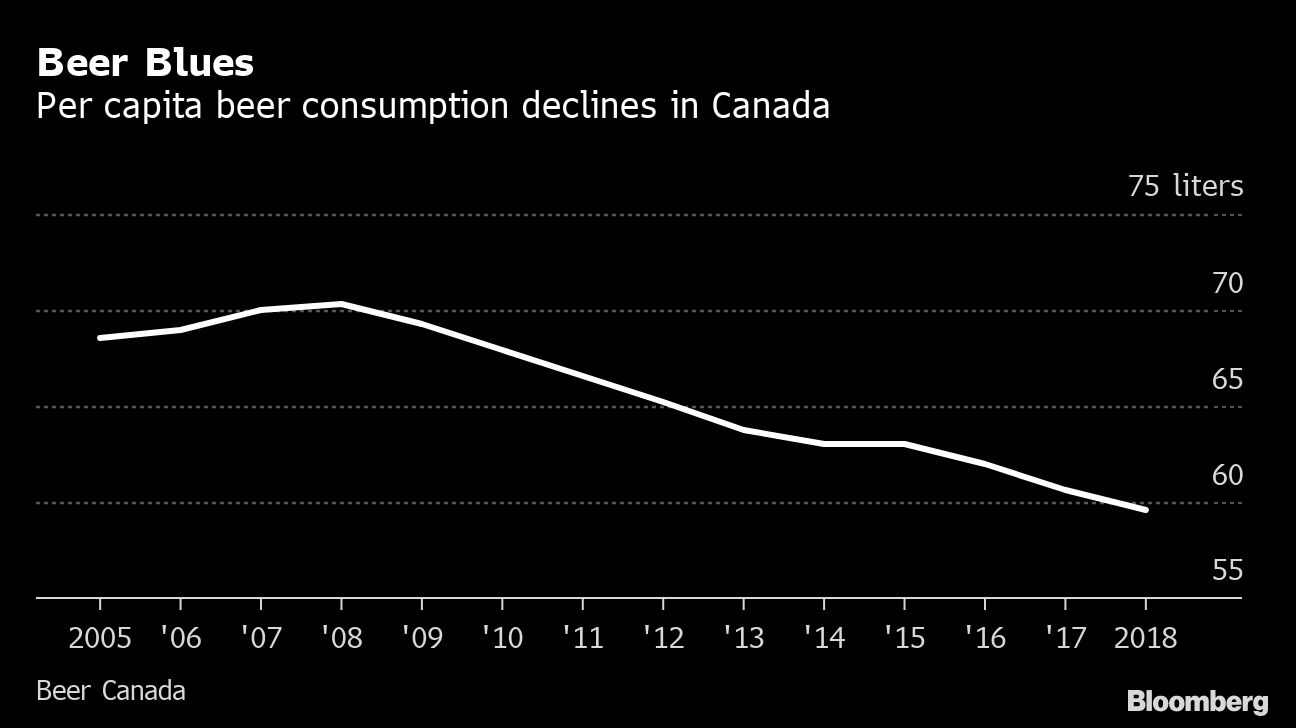 To be sure, the Canadian cannabis market is still tiny. Annual sales based on the most recent monthly data would be $1.5 billion versus $9.2 billion for beer and $23 billion for alcohol.